Raiding with the new guild is going quite well. We got hans/franz down the other week; that is a truly terrible fight. It took me way too long to be able to learn the heroic stamper dance; the dance I should have actually learnt in heroic /blush, however learn it I did and those evil twins died and very nicely gave me a mace which will be an upgrade if I manage to get my hands on an off hand anytime soon. I’m contemplating pugging into some heroic runs to try to roll an offhand just to use the shiny mace.

Tonight was the 2nd raid night of the week and we killed both Flamebender and Gruul tonight. Flamebender was a pain with all the weapons all over the place, they really limit movement after a while.

Gruul is basically exactly the same just a lot more damage. I think he went down on the 4th or 5th pull, which makes me wonder why he wasn’t higher up the priority of bosses to try. But after the many pulls on hans/frans an easier mythic boss was welcome.

I’ve been keeping an eye on the other two druids I’m healing with and I noticed that both use their aoe heal, wild growth, a lot more than me. I tried keeping up with their wild growth usage the other night and was so mana hungry all the time so I took a peak at them on the armory and realised that both had significantly more spirit than me, almost double in one case. So I went and retweaked some of my gear, the garrison mission must have known my plans because it very nicely handed over a spirit trinket this week, a trinket I actually scoffed at before I realised just how little spirit I had so I really gladly put it on and managed to match spirit levels. Now to train myself to be a little less conservative with my aoe healing and see how it goes.

My very long awaited guild meet up happened this weekend. It was absolutely fanastic. There were 13 of us, with  some coming from Qld and NSW as well as the majority of us who live here in Melbourne. We met up in a great burger bar for tea, then made our way to a retro gaming club afterwards. It was so exciting putting faces to voices, we even had our two tanks from when I first joined, Exo and Zugs come along even though neither have played in a while. Zugs even got tempted back to the game and logged in today, yay! The night flew by, even though we were there from 5pm to 12am it was really comfortable and so much talking was done. Lots of wow chatter as expected. A couple of members couldn’t make it due to work and our disc priest who lives in America so he certainly couldn’t come but apart from missing them it was pretty much the entire old raid team in one place. It was really good to see everyone even though lots of us have put our mains into progression guilds, Deadline still feels like home. Hopefully we can make this into an annual event.

We’ve steadily been working our way through Heroic Blackrock and the sticking point for the last few weeks has been Blackhand. It took a ridiculous amount of pulls, compared to the other bosses, for him to finally go down. But tonight he did and we are fully done with heroic BRF.

Next stage is to recruit a few more ppl for our mythic progression. We started this expac with well over the 20 we needed but we’re about 3 people short.

And the uber exciting news is our guild is having a meet up here in Melbourne in May and a rather large number of us are going to be in the one place at the one time. I can’t wait to meet my guildies irl, over the last year they’ve become pretty dear to me and I cannot wait to see them all. 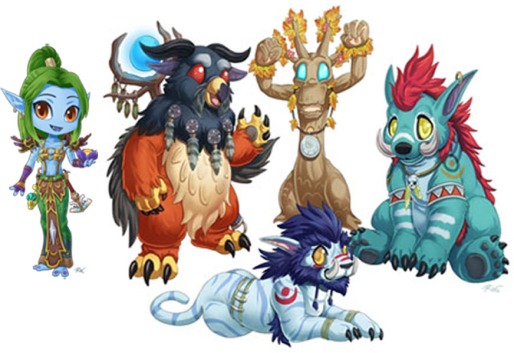 I play a lot of World of Warcraft with a smattering of other games as well. This blog is about my adventures though the different worlds I play in.

© Zeirah and zisforzeirah.wordpress.com 2018. Unauthorized use and/or duplication of this material without express and written permission from this site’s author and owner is strictly prohibited. Excerpts and links may be used, provided that full and clear credit is given to Zeirah and zisforzeirah.wordpress.com with appropriate and specific direction to the original content.

Other Blogs I read